6 Best Ways to Compute HCF or GCD in Python 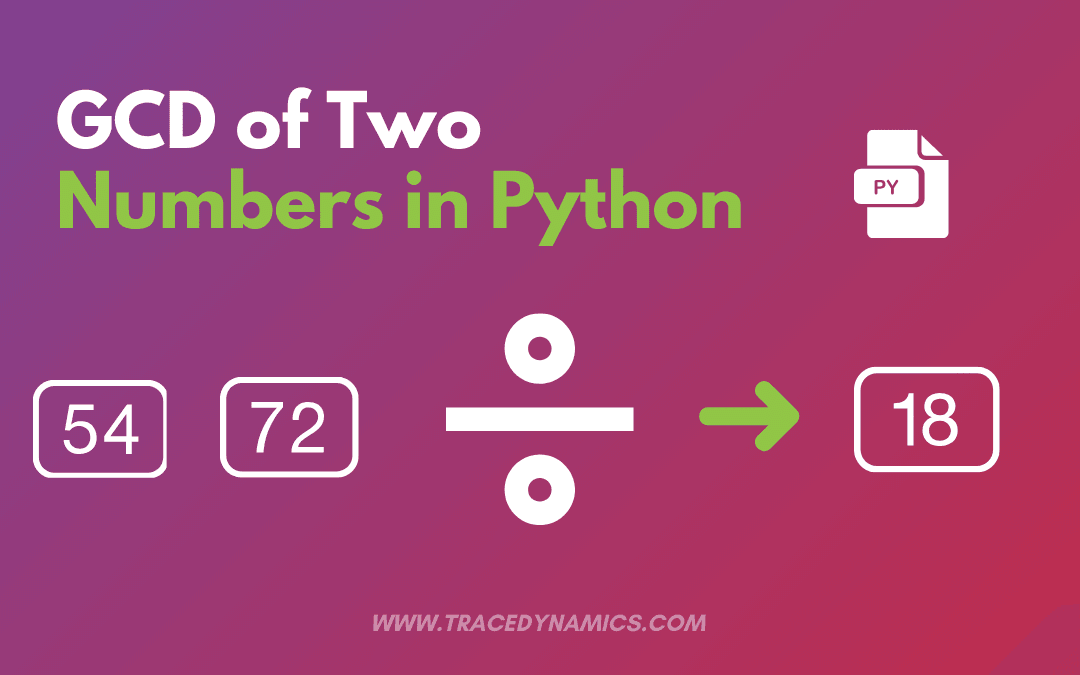 GCD Python: In this article, we have discussed different ways of computing GCD of two numbers in Python.

GCD is nothing but Greatest Common Divisor or Highest Common Factor of input numbers.

The Largest Integer will divide and return the difference.

GCD can be computed by following ways.

Recursion is nothing but a mechanism in which a function calls itself.

Using recursion program, solution to the bigger problem is mentioned in terms of smaller problems.

Lets go through the implementation below.

Mathematically Euclidean Algorithm is an impressive way for computing the greatest common divisor (GCD) of two numbers (integers), where the largest number that divides both without having a remainder.

This Algorithm is named after the ancient Greek mathematician Euclid.

Using Euclidean Algorithm, we can compute GCD by leveraging as below.

The math package provides gcd() method , which will compute the gcd of given numbers.

Its just a one line code.

The fractions package provides gcd() method, this will calculate the gcd with one line of code.

You May Also Love,

The numpy package provides gcd() method, using this we can compute the gcd with one line of code.

Note that gcd() method is added into numpy library from version 1.15.

So if your using any version older than 1.15, then gcd function will not be available.

Above are the some of the best methods to compute GCD in Python.

To conclude this tutorial, we covered various methods with examples to calculate HCF of two numbers using Python progamming language.